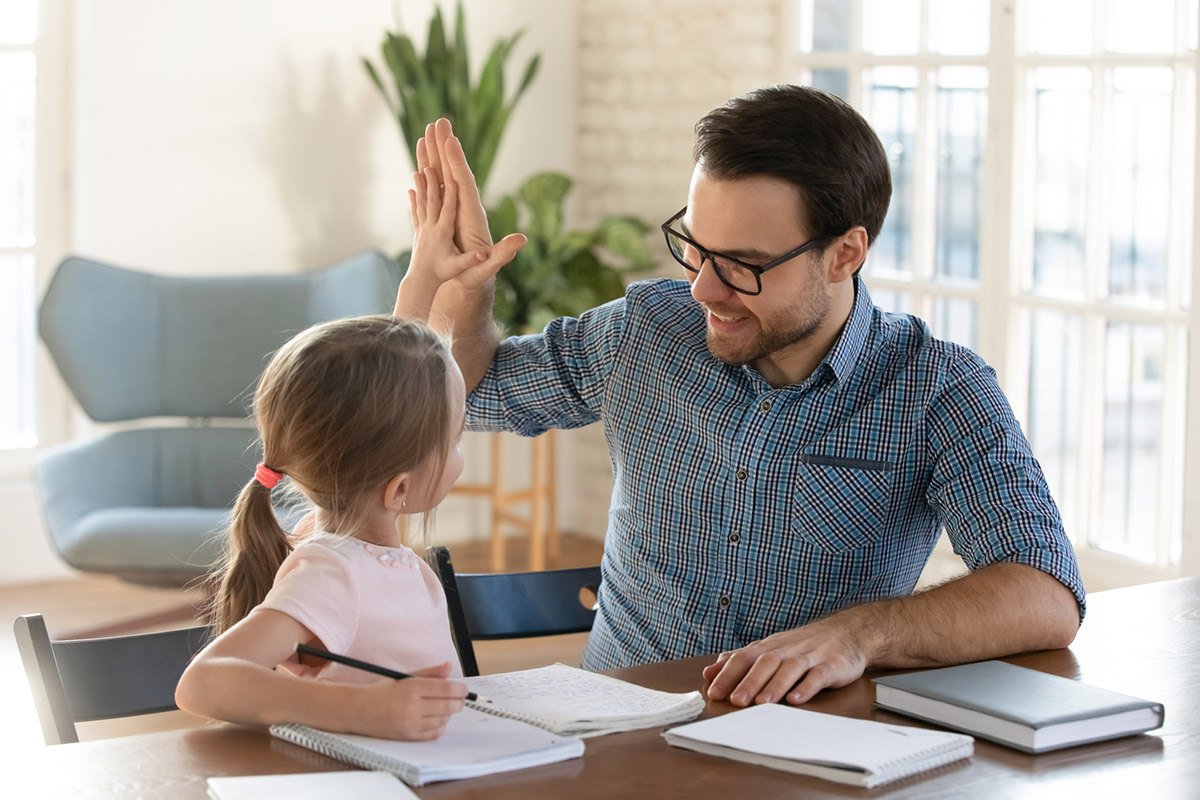 There isn’t a person around who doesn’t think we need to praise our children.  The decision to praise is not at issue, it is how we praise.

Think of this example, which is more meaningful to you? Which sends the message that the praiser is really engaged with the experience.

“Wow, you did such a good job!” Or   “I can see you added lots of color, did you use every color crayon you had?”

I know I would appreciate that someone had noticed the details of my picture, rather than just hearing the same thing we often say to children, “good job.” I would be pleased that someone noticed that I tried hard, that I put in an effort to make the picture.

The difference is that the first praise statement is evaluative, the second is descriptive. The first one sends the message that the praiser is putting a value on the performance and that the praiser has the power to do so, to decide if it is good or not. Children get so used to adults valuing their work, they grow to expect it.  This works against them in the end, since they come to believe that the “good job,” is important and a sign of acceptance and approval from those adults in their lives.

We want children to take risks and make things that please them, it is always nice when they want us to notice and even like what they have made.  Using praise statements that describe the work send the message that the praiser has really looked and noticed the effort.  We want children to make the effort and work to their own satisfaction.  The second statement sends the message that the child is in control, doing things that please themselves, and leaving the evaluation to the maker.  Giving the child the control to value the creation puts the child is empowering for your child, don’t we always want to make our children feel good about themselves and their accomplishments.

If we want to raise children who are motivated to be good learners and accomplish great things, they are more likely to do it if they are intrinsically motivated to do it – in this example, making the picture the way they want to for their own satisfaction, rather than to please others.

So, next time you praise your child, think about whether you want to value it, or if it would be better to inspire them to value their own effort and work by noticing and praising, yes, but doing so in a way that also sends the message that the effort is the most important part.